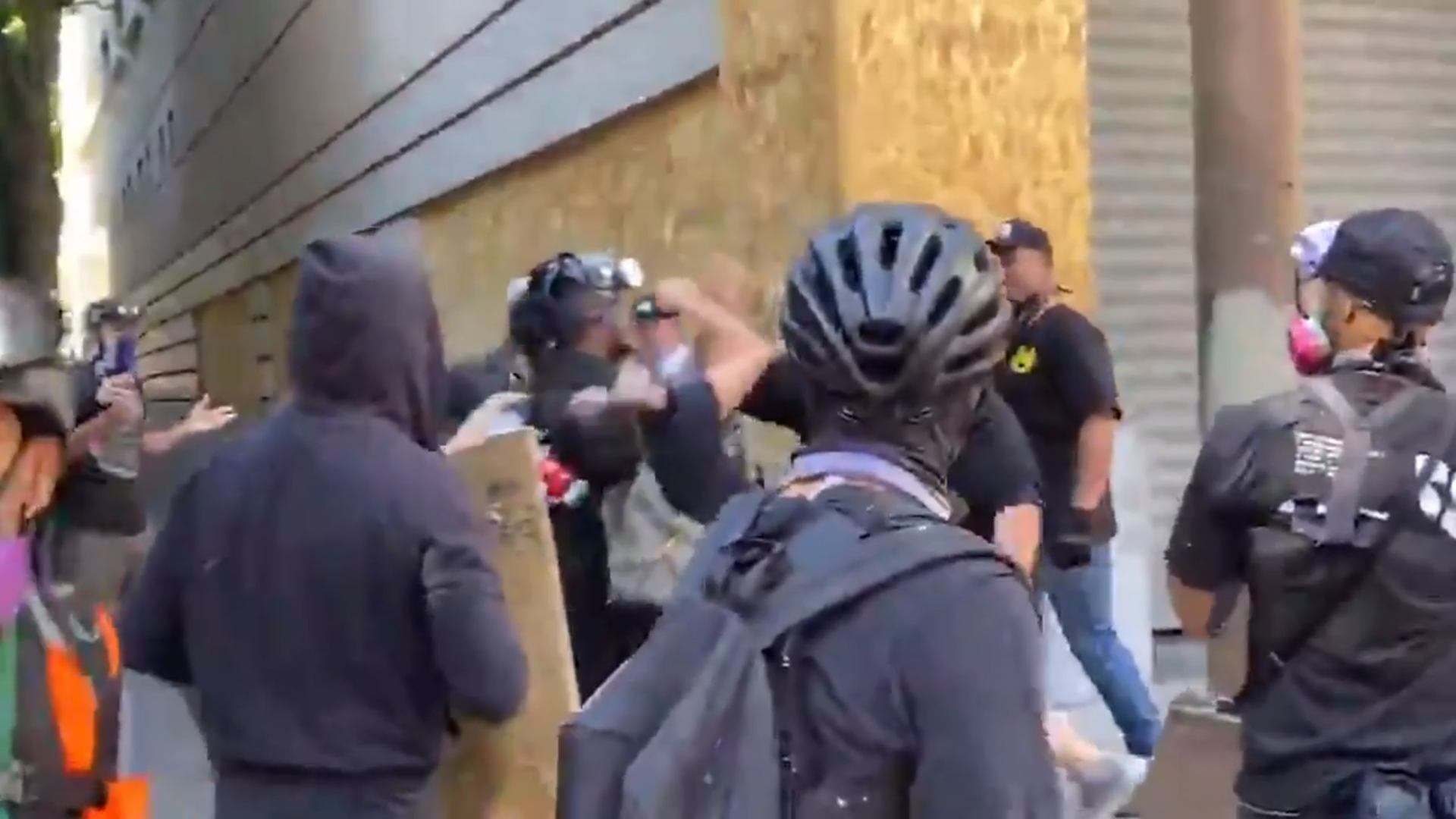 In an ironic turn of events, Antifa and the media are attacking the police officers for not assisting them against the Proud Boys. Antifa and black lives matter marxist have been attacking federal buildings in Portland for over two months, but the Proud Boys have descended on Portland to push back the mobs.

One Antifa chick took a swing at a proud boy and was met with force.

You can hear one antifa member unironically shout, “”THE COPS ARE JUST STANDING THERE.”

It was a mass brawl on Saturday in downtown Portland. Proud Boys and others fought antifa, who were pushed back. Bats, sticks and pepper spray were all used in the brutal melee.

Michelle Malkin took to Twitter to declare, “Antifa mobs must be met w/FORCE. Thank you, Proud Boys & patriots, for fighting back on the streets. Eff you @tedcruz, #ConInc, @YAF & establishment Right who’ve smeared REAL culture warriors & those of us who’ve supported them. (At :28 you see OUR defenders push back the thugs.)

Related Topics:AntifablmPortlandProud Boys
Up Next

“I would shut it down. I would listen to the scientists” -Joe Biden