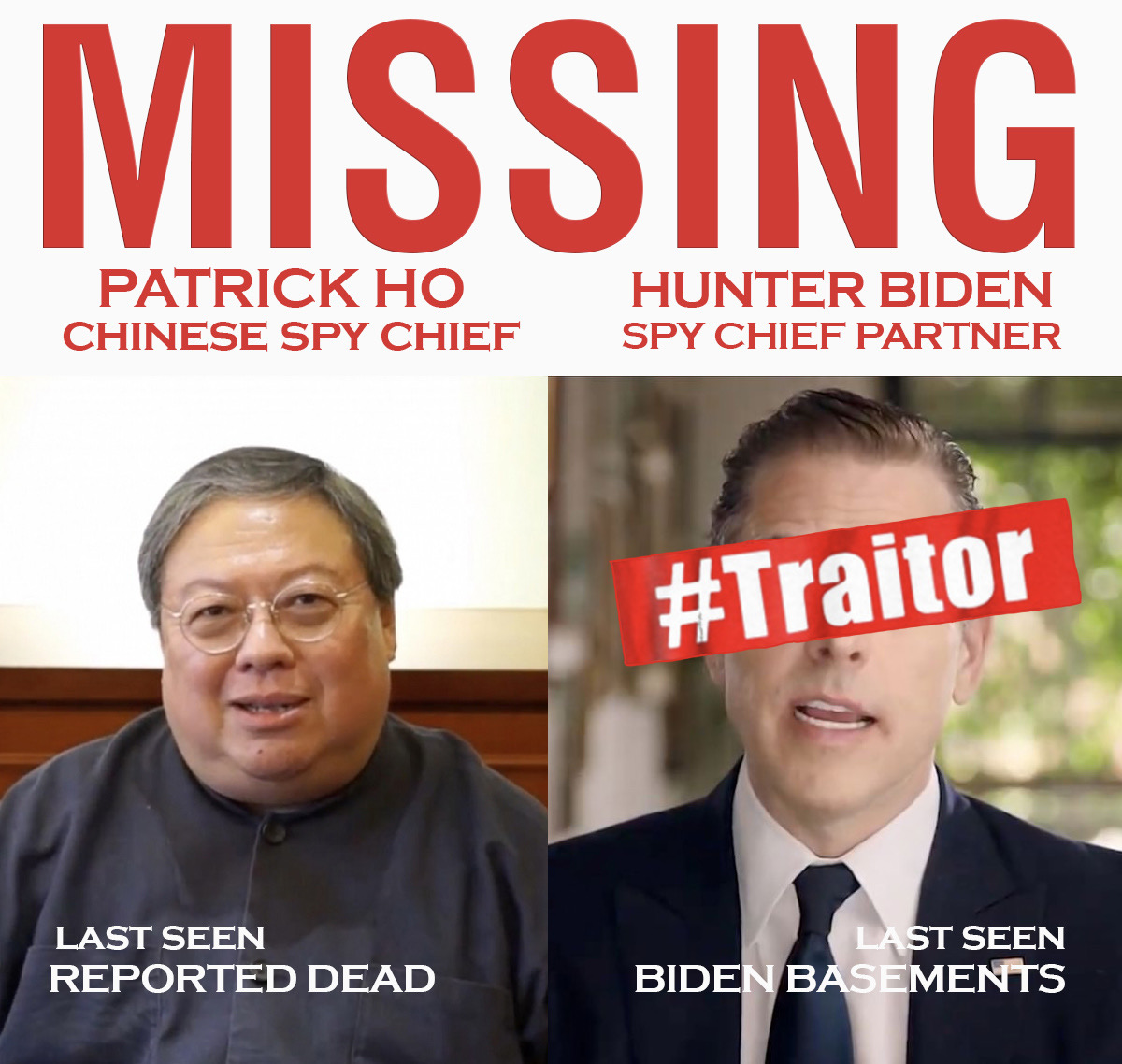 An audio recording released by The National Pulse exposes Hunter Biden discussing his involvement with a “spy chief of China” and how his long time business partner named Hunter and Joe Biden as witnesses in a New York criminal case.

This audio implicates Hunter and Joe Biden in criminal investigations and/or business deals with the Chinese Communist Party.

I get calls from my father to tell me that The New York Times is calling but my old partner Eric, who literally has done me harm for I don’t know how long, is the one taking the calls because my father will not stop sending the calls to Eric. I have another New York Times reporter calling about my representation of Patrick Ho – the fucking spy chief of China who started the company that my partner, who is worth $323 billion, founded and is now missing. The richest man in the world is missing who was my partner. He was missing since I last saw him in his $58 million apartment inside a $4 billion deal to build the fucking largest fucking LNG port in the world. And I am receiving calls from the Southern District of New York from the U.S. Attorney himself. My best friend in business Devon has named me as a witness without telling me in a criminal case and my father without telling me.