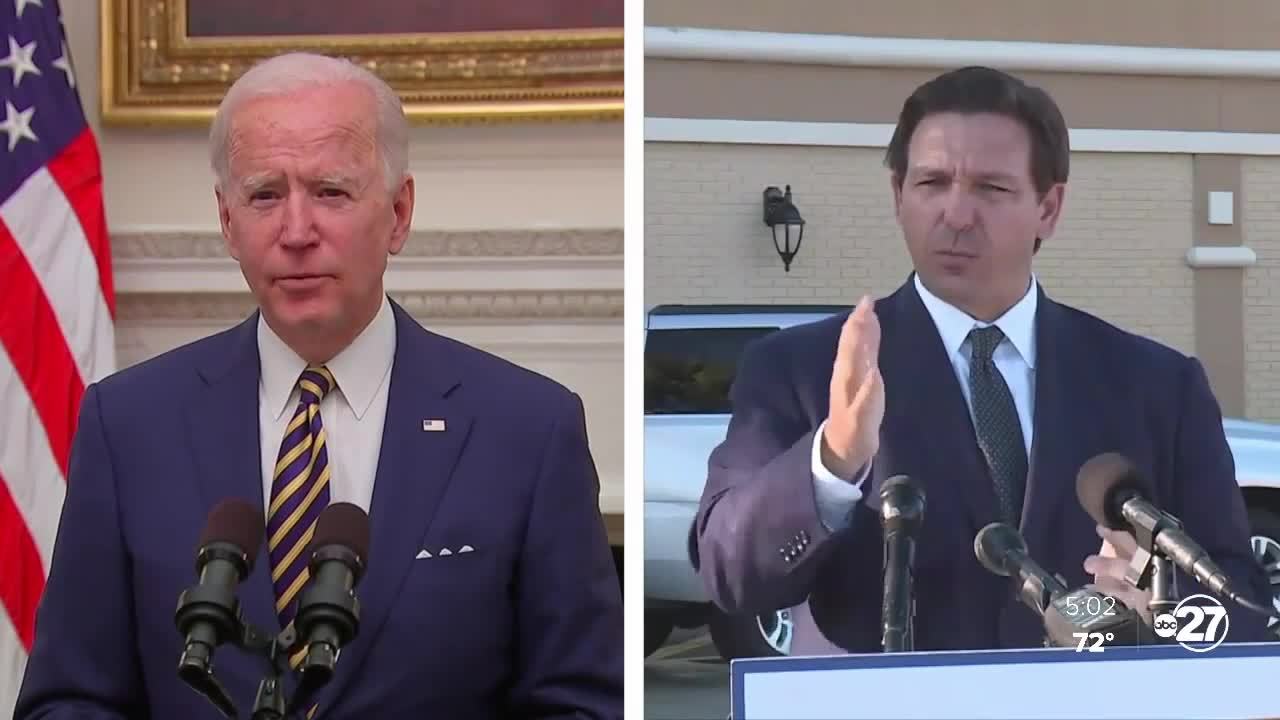 The Biden administration under the guise of slowing the Corona virus is considering imposing domestic travel restrictions, including on Florida. This unconstitutional, totalitarian move would be just more proof that the left will destroy any state and region that refuses to shut down and destroy it’s local economy.

Florida just saw a massive drop in unemployment claims to start February and red states with less restrictions have seen much lower rates of unemployment in general.

“There are active conversations about what could help mitigate spread here, but we have to follow the data and what’s going to work. We did this with South Africa, we did this with Brazil, because we got clear guidance,” one White House official said.

“But we’re having conversations about anything that would help mitigate spread,” the official said, referencing the spread of the ‘U.K. mutation’ in Florida.

“No decisions have been made, but we certainly are having conversations across government,” the White House official said.

“This is a war and we’re at battle with the virus. War is messy and unpredictable, and all options are on the table,” the official said.

Meanwhile AJ Louderback, Sheriff of Jackson County in Texas, told Fox News host Tucker Carlson on Monday night that it was “absolutely true” that the Biden administration was releasing illegal immigrants into U.S. communities without giving them a COVID-19 test.

Florida Governor Ron DeSantis has come out in complete opposition, with a firey speech to the press on Thursday saying, “I think it would be unconstitutional, it would be unwise and it would be unjust.”

“Any attempt to restrict or lock down Florida by the federal government would be an attack on our state, done purely for political purposes,” DeSantis said at a press conference in Port Charlotte, Fla.

China is Trying to Collect American’s DNA Through Covid Testing