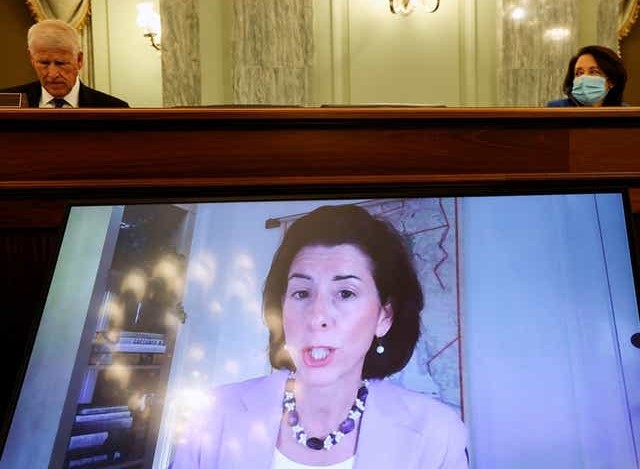 Rhode Island’s unemployment rate was 8.1% in December, up from 7.3% in November and 3.5% in December 2019. There were 44,000 unemployed Rhode Islanders who told the government that they were out of work and looking for a job.

Raimondo’s signature program was known as RhodeWorks, the state has begun collecting tolls on tractor-trailer trucks traveling on Interstate 95. The maximum toll for a single trip through the state is capped at $20, with a daily maximum of $40. Can’t wait for her to come up with these genius ideas on a national level!

Raimondo’s nomination has been slowed down after her ambiguous comments on keeping Chinese telecom Huawei out of American 5G. Huawei is a chinese telecom that has used predatory practices to steal intellectual property and spy for the Chinese Communist Party.

“Until they make their intentions clear on whether they will keep Huawei on the Entity List, I urge my Senate colleagues to hold Ms. Raimondo’s confirmation,” McCaul said of the Biden administration.

McCaul’s comments centered on Rhode Island Democrat Raimondo’s response to a question posed to her by Republican Sen. Ted Cruz of Texas, during her confirmation hearing by the U.S. Senate Committee on Commerce, Science and Transportation on Tuesday.

Being qualified for the job you were hired for is not a requirement in the Biden administration, but nominating the most incompetent governor in the country is another story.