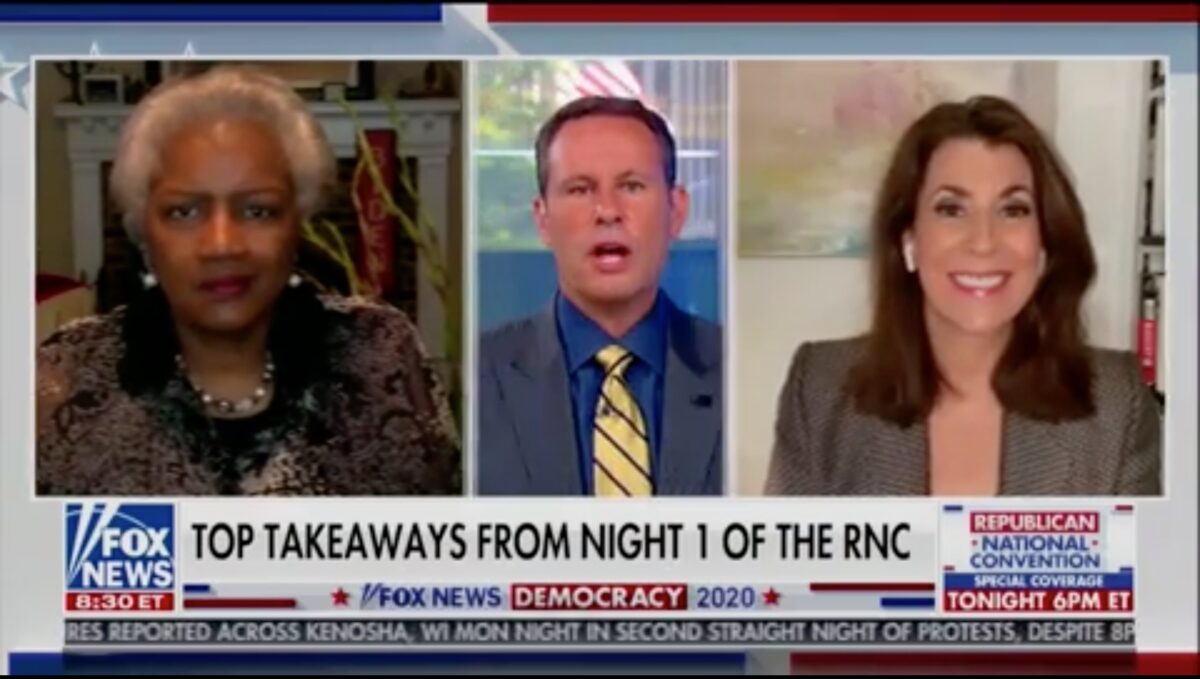 Donna Brazile flipped out on Fox & Friends this morning, shouting over Tammy Bruce and pulling out not just the race card, but the entire deck of cards.

While discussing the first night of the GOP convention Bruce said, “No Democratic has spoken out against the nature of what’s happening in Kenosha, Portland, Seattle, Baltimore, New York, Chicago. Americans have a choice, and the fact is that the Republicans are showing an expanse of what the American sensibility and what the American future is.”

Brazile responded, “This is why the choir sounds like aa note coming from a scratched record. It sounds like I will never be an American in your world, because, after 400 years, my family cannot walk out of this house without fearing violence.”

Kilmeade said, “That’s not what anyone said.”

After an extended back and forth, Brazile said, “She ignores the reality of what is happening. She is ignoring it because I see it. Tammy, I see it every day. I see the violence, Tammy.”

Kilmeade cut away, saying, “That’s not going well. Not too sure anybody benefited from that.”

Donna Brazile was fired from the Dukakis campaign for lying about Bush having an affair, she cheated for Hillary during the last DNC debates. Brazile shouted at least five consecutive times “Not recognizing my existence.”

Hillary: Joe Biden ‘should not concede under any circumstances’