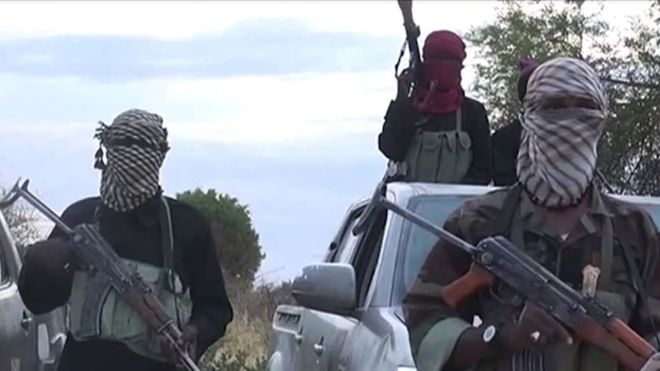 While the world celebrated Christmas in peace, the Islamic State in Nigeria released a video showing the beheading of 10 Christians and one being shot in the head. The murders were supposed to have taken place on Christmas day.

“This is a message to Christians all over the world,” said a masked man in the one-minute video.

From the Daily Mail:

‘A video released on Wednesday showed 13 hostages, 10 believed to be Christian and three Muslim. ISWAP claimed they spared the lives of two of the Muslims, local media reported.

The deaths came after an earlier video saw the hostages plead with the Christian Association of Nigeria (CAN) to negotiate their release.

In a statement, ISWAP said: ‘We killed them as a revenge for the killings of our leaders, including Abu bakr al-Baghdadi and Abul-Hasan Al-Muhajir in Iraq and Syria.’