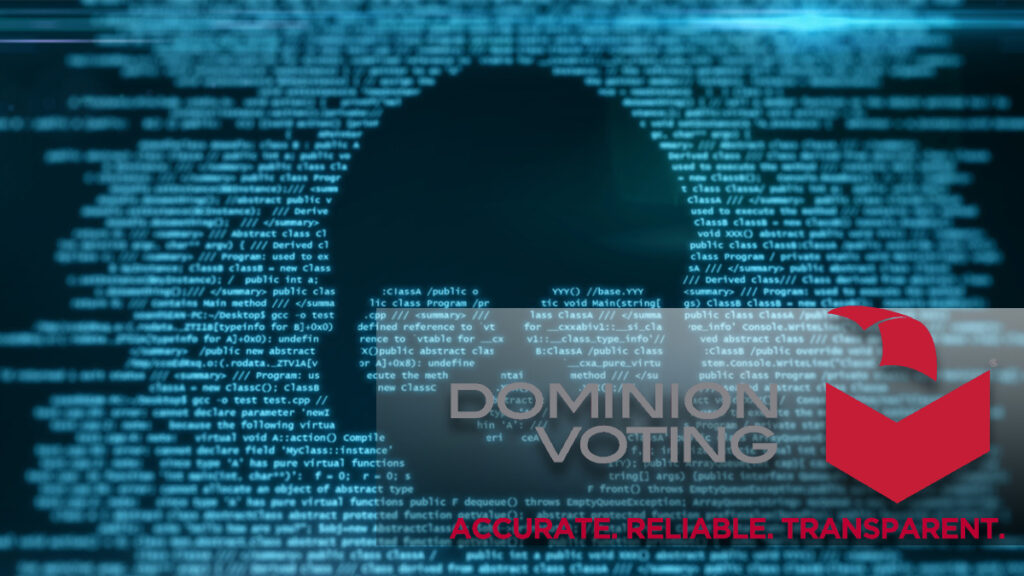 The Dominion voting election software has been at the center of every reported ‘glitch’ found in the 2020 general election. While the democrats want to brush over statistical anomalies and wide spread proof of one sided ‘glitches’ the connections between the Democrat machine and Dominion are vast and deep.

The Associated Press published an article Posts falsify ties between election tech firm and Democrats. This ‘fact check’ while attempting to disprove ties between democrats and Dominion, ironically proves many ties do exist between them.

Here are the highlighted ‘facts’ from the AP proving, not disproving massive connections between democrats and Dominion:

Now for an even deeper dive between Dominion’s ownership/employees and the democrat party see the analysis below from TheDonald.win user  /u/danwill.

To begin our examination of the Dominion-Democrat connection, we start at the top with ownership and leadership. 2014 saw Dominion Voting partner with the Clinton Foundation on the DELIAN project which aimed to address the issue that “emerging democracies suffer from post-electoral violence due to the delay in the publishing of election results.” A year later, Dominion donated between $25,000 and $50,000 to the Clinton Foundation. In 2018, Dominion was acquired by members of its management team and Staple Street Capital. At the top of the board of directors of Staple Street sits William Kennard, Ambassador to the EU under Obama and FCC Chief under Clinton. Both co-founders of Staple Street Capital, Stephen Owens and Hootan Yaghoobzadeh, previously worked in senior leadership for the Carlyle Group. The group’s major investors have included George Soros and the Bin Laden family.

When determining the political leanings of an organization, one can examine individual contributions to obtain part of the picture. During the past election cycle, Dominion employees made 92 contributions, 88 of which were to Democrat organizations and the remaining four for President Trump all originating from one person (Diedra Lazenby). With the exception of Mykale Garret (whom we will address later in depth and whose level of access is unknown), all Democrat donors would have direct access to the voting software according to their job description on their LinkedIn profiles:

Mykale (Kelly) Garrett presents the most interesting case of entanglement between Dominion and the Democratic machine. During the past year, Ms. Garrett made four donations to ActBlue. According to her LinkedIn page, Ms. Garrett worked for Dominion from May 2017 to November 2019 while she simultaneously served as mayor pro tem (until November 2017), mayor (November 2017-current) and city council member (November 2011-current) in Lathrup Village (located in Oakland County), Michigan. As her location while employed with Dominion is listed as remote, one cannot say where her work occurred or even why she held the position with her concurrent responsibilities in two government jobs. Immediately after leaving Dominion, she became deputy director of the Oakland County Michigan Democratic Party, a title she held until May 2020.

Oakland County may sound familiar due to it being the site of the most notable computer “glitch” in the recent election where several thousand absentee votes were discovered to have been counted twice. A total of 6133 of 38792 (15.8%) votes were double counted and initially resulted in a victory of 104 votes for the Democratic candidate. After correction, the Republican candidate secured a victory of 1127 votes.

While nothing contained in this article proves any direct evidence of fraud, it demonstrates potential motive and opportunity and provides connections between a controversial voting machine company and a democrat balloting apparatus, both of which find themselves at the center of attention for lawsuits and challenges to November voting results.

Freedom To Fascism In One Virus