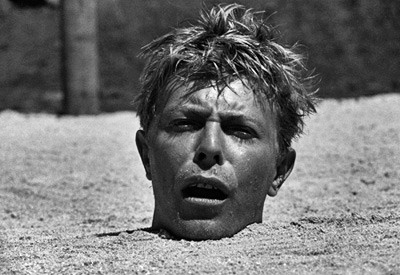 Nearly every state in the country is mandating new restrictions on travel, business, and even bizarre things like how many people can show up for Thanksgiving.

In the state of California Governor Newsom has just put almost all of the state back under the strictest set of rules that halt indoor worship, force most indoor business to close, and keep most schools closed, including the nation’s second-largest school district in Los Angeles. Simultaneously, Gavin Newsom is partying with his friends at a $400 a plate restaurant called The French Laundry and his kids are continuing to go to their exclusive private school.

The Associated Press wrote an article about the new restrictions and they noted that California has had the second most cases at approximately 1 million infections.

What the Associated Press doesn’t site is how many people are dying from Covid in California. Yesterday November 15th only 11 people out of 40 million died from the virus.

On Saturday as patriots showed up to Washington D.C. to peacefully protest an obviously rigged election they were attacked by the mainstream media and harassed by antifa goons.

An innocent young couple, who’s only crime was supporting the president were walking down the street of our nation’s capital and Antifa and BLM hit, threw eggs and unknown liquids at them as they walked through BLM Plaza. You can see the young woman crying in fear.

The police are not going to show up and save you. Joe Biden and Trump’s FBI director have both called antifa simply an ‘idea’.

The fascism we face is also pervasive online. Both of the Hidden American’s Facebook pages have been put on restrictive mode where there is no ability to post and no timeline for those abilities to be restored. The Hidden American’s YouTube channel had two videos deleted and only has a couple hundred followers, but was restricted from posting for an entire week with no reason given besides ‘spam’. MailChimp kicked Hidden American’s off of their platform on our first email blast.

The Conservative Tree House, an online blog that’s fairly milk toast had their actual website deplatformed by WordPress for “violation against prohibition on calls to violence.” As a regular reader I can attest they have never gone anywhere near calls for violence. In other words it’s as simple as deplatforming a blog for being conservative.

The “Anti-Fascist” are now even calling for modern day book burning in the form of banning books, the most recent being “Irreversible Damage: The Transgender Craze Seducing Our Daughters”. It took one Tweet from some no body leftist and Target promptly banned the book from it’s stores.

Americanism is buried up to it’s neck. Every day that ticks by our ability to combat this fascistic virus spreading throughout our country becomes more and more difficult to combat. The combination of Corporate power in tandem with the far left is literally turning America into a fascist hell hole in rapid time.