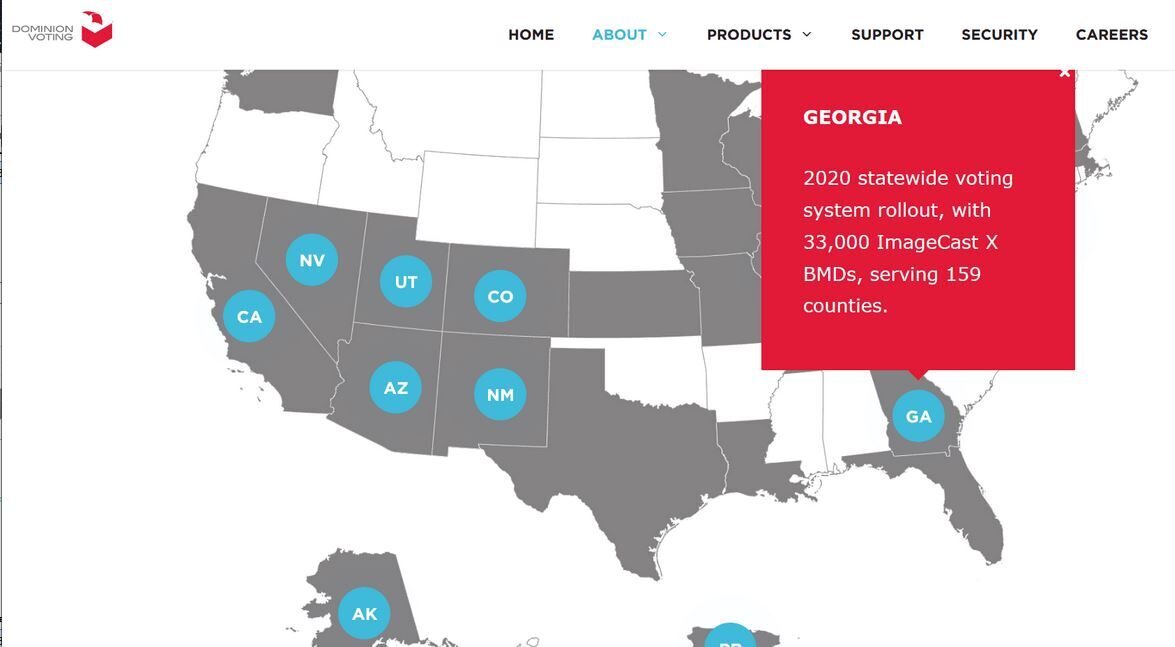 If you are skeptical of vote switching please see these videos showing it happen in real time on CNN with States using Dominion. It’s hard to believe, but the evidence is starting to pile up.

In this clip from the Kentucky 2018 Governors race you see the Democrat candidate gain 560 votes while simultaneously the Republican LOSES 560 votes.

Another example in Georgia on CNN on 11/04 at 10:08pm, John King does a time lapse of the votes in Georgia. Watch closely towards the end, when the vote tally for Trump mysteriously DROPS.

More examples of ‘glitches’ noted during this election:

100% Credit to TheDonald.Win for the rest of this write-up, this autist has done some amazing investigative work. As always, Do Your Own Research.

EVERY THING YOU’RE ABOUT TO READ IS VERIFIED AND WAS MADE BY THIS PEDE; HE DID ALL THE HEAVY WORK

REMINDER: THIS DOESN’T TAKE INTO ACCOUNT ALL THE HUNDRED THOUSANDS OF TRUMP VOTES DESTROYED, BURNED AND RIPPED APART. AND THIS IS THE EVIDENCE WE’VE FOUND SO FAR.

PEDES GET IN HERE. I saw the video on The Gateway Pundit [ https://www.thegatewaypundit.com/2020/11/breaking-huge-another-system-glitch-captured-live-cnn-election-night-20000-votes-swapped-trump-biden-video/ ] and I decided to do some digging of my own, into a more reputable source that can verify that the glitch was indeed real, and that it affected the votes, instead of it being just a display glitch on that news channel. So I went digging into the Edison data [ https://static01.nyt.com/elections-assets/2020/data/api/2020-11-03/race-page/pennsylvania/president.json] and I found this damning evidence [ https://i.maga.host/RNPN3Oz.png ]. As can be seen in the image, only 54 votes were added, but the ratio changed in Biden’s favor by a whole 0.6%! This is proof that not only did the glitch happen, but it doesn’t seem to have been reverted at all.

EDIT : BIG UPDATE, I made a script to run through the data and gather all instances where votes switched from Trump to Biden, Lost Votes means that the total amount of votes counted decreased by that amount throughout the counting. I’ve only done states that use Dominion Voting Systems so far.

EDIT 2: Added ALL the states, and separated by voting systems, although no state uses exclusively one system as far as I know.

Edit 3: Re-ordered the states, first by switched votes, then by lost votes.

Switched votes are votes that were taken from Trump and given to Biden.

Lost votes are voted that disappeared during the counting, from both candidates.

There might be a small overlap between Switched votes and Lost votes.

NOTE : Lost votes are votes that disappeared, not only for Trump, but overall.

I went looking through the data I got from my script, trying to find if the moment the Antrim glitch happened in Michigan is there. And it is. Here is the Data. [ https://static01.nyt.com/elections-assets/2020/data/api/2020-11-03/race-page/michigan/president.json ]

And here is the specific part when the switch happened. [ https://i.maga.host/wGuVGZQ.png ]

You can see in that picture, that Trump lost 3,096 votes, those all went to Biden. BUT, Trump also lost 2,324 votes, that went nowhere.

SOURCES: Here is the data I used:

The data is from Edison Research, it is used for election coverage by at least ABC News, CBS News, CNN and NBC News. It is also used for the website of the NYT, and probably others as well.

I scraped the data from the NYT website, here [ https://static01.nyt.com/elections-assets/2020/data/api/2020-11-03/race-page/pennsylvania/president.json ] to check for other states, replace “pennsylvania” in the link with the state you want to check, for states that have spaces in their names, like new york, write new-york instead.

Take this picture for example. [ https://i.maga.host/RNPN3Oz.png ]

Do the same thing for Biden, and you’ll see that he gained the votes that Trump lost.

I made a program that basically checks every single change in votes, does the above to check if votes were switched, then adds them all up to get the total amount of switched votes.

Here is the link to a rar file containing all the .json files for the states, and the fraudcatch.py file, you’d need to download python 3.8.2 to use it, click EDIT with idle, then in the window that pops up click Run, to check how many votes were switched from Trump to Biden in a state, you then type findfraud(‘hawaii’) for example, replace hawaii with the name of the file of the state you want to check, the file for new hampshire is named newhamp for example, so findfraud(‘newhamp’), to check the total lost votes (For both candidates) do lostvotes(‘newhamp’) for example. https://workupload.com/file/s7s8SARjjqh