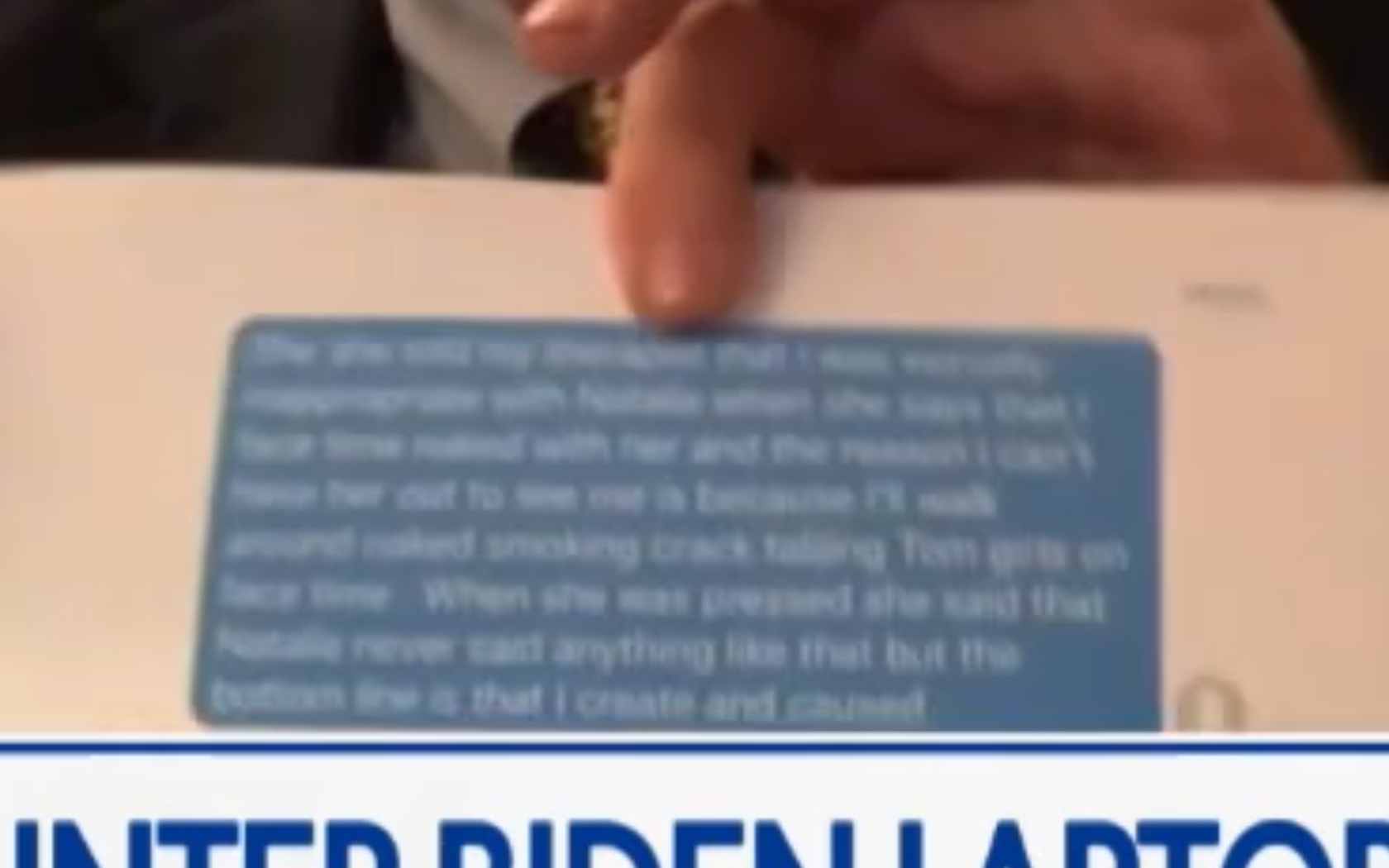 The heat is getting turned up on Joe and Hunter Biden.

On Tuesday night Rudy Giuliani announced on Newsmax TV that he had turned over evidence to the Delaware State Police of numerous illegal pictures and messages with an underage girl.

The laptops/hard drives reportedly includes potentially nefarious activity, including Facetiming naked, between Hunter and an unnamed 14-year-old girl. Revolver’s source claimed that the illicit photos on Hunter’s laptop were of a member of the Biden family.

In one of the texts, Hunter Biden allegedly sends to his sister-in-law/lover that he face-timed a 14-year-old girl while naked and walking around on crack – “she told my therapist that I was sexually inappropriate.”

Giuliani adds, “this would be with regard an unnamed 14 year old girl,” adding that “this is supported by numerous pictures of underage girls.”

“The FBI has had this for a long time,” Giuliani said. “No indication they did anything about this, so I went to the local police and said, ‘What are you going to do about this?‘”

If there is evidence of child pornography on these laptops then what has the FBI been doing for 10 months?

Hunter Biden’s Tapes, The CCP’s “BGY” Infiltration in the U.S., Evil Alliance to Dominate the World

Is Corona an opportunity for President Trump?