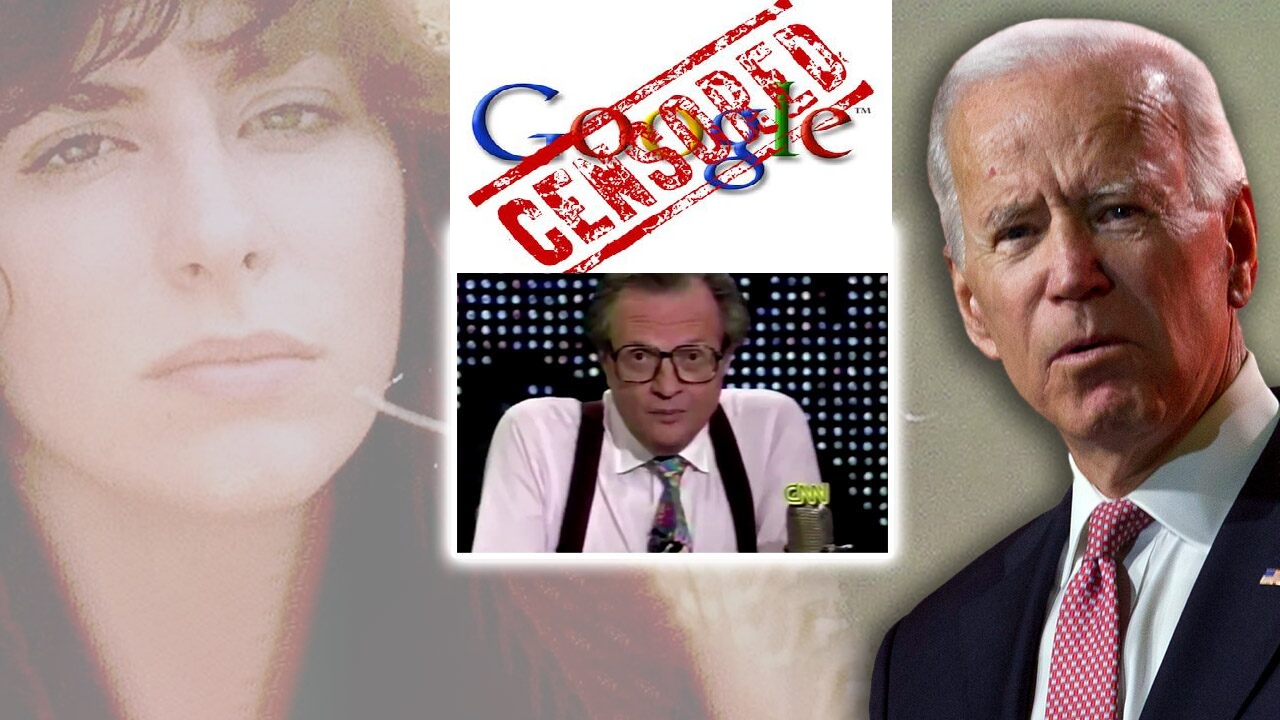 In a stunning display of the ‘Streisand effect’ Google and CNN have removed the August 11, 1993 episode of Larry King’s show from the Google Play store. In that episode Tara Reade’s mother calls in about a prominent senator (Biden) who had sexually assaulted her daughter.

The Streisand effect is a ‘social phenomenon that occurs when an attempt to hide, remove, or censor information has the unintended consequence of further publicizing that information, often via the Internet.’

On the August 11, 1993 episode there’s an unnamed caller from San Luis Obispo, California, that said, “I’m wondering what a staffer would do besides go to the press in Washington? My daughter has just left there, after working for a prominent senator, and could not get through with her problems at all, and the only thing she could have done was go to the press, and she chose not to do it out of respect for him.”

Last year Tara Reade made credible allegations that Joe Biden sexually assaulted her while she was a staffer for the senator, but clearly she didn’t just make it up for short term political gain if her mother knew about it nearly 30 years ago.

Reade alleges that when they were alone Biden pushed her up against a wall then started to kiss her and put his hands underneath her clothes.

“It happened all at once, and then… his hands were on me and underneath my clothes,” Reade told Halper.

“And then he went down my skirt and then up inside it. And he penetrated me with his fingers, whatever. And he was kissing me at the same time and he was saying something to me. He said several things and I can’t remember everything [that] he said. I remember a couple of things. I remember his saying, first, like as he was doing it, ‘Do you want to go somewhere else?’ and then him saying to me, when I pulled away, he got finished doing what he was doing and I, how I was pulled back and he said, ‘Come on man, I heard you liked me.’ That phrase stayed with me because I kept thinking what I might have said. And I can’t remember exactly if he said ‘I thought’ or if ‘I heard.’ It’s like he implied that I had done this.”

“For me, everything shattered in that moment,” she added. “He wasn’t trying to do anything more. But I looked up to him. He was my father’s age. He was this champion of women’s rights in my eyes and I couldn’t believe it was happening.”

Other women have also come out with their stories of Joe Biden inappropriately touching them and the media has all but ignored them.

Before the King video was discovered, Reade told media outlets, including POLITICO, that her mother had called into his show. She did not remember the date of the show at the time.

“She called him, I think, ‘a prominent senator,'” Reade said in an interview last month. “She didn’t get into the assault, she got into the harassment. She said my daughter was sexually harassed by a very prominent senator, and then they retaliated and fired her.”

Google, CNN, and the democrats have spent years shouting #MeToo from the roof tops and that we should ‘believe all women’, but when credible accusations of sexual assault are laid at the feet of Joe Biden the media buries it.

1984 is here and it’s come from private companies more interested in promoting political parties than telling the truth.