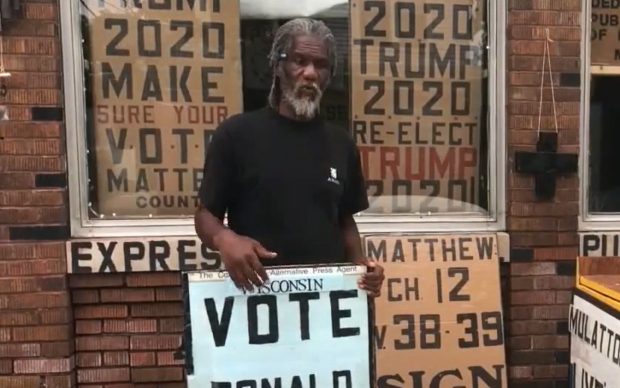 Bernall Trammell, 60, was shot in broad day light in front of his business, Expression Publications, in Milwaukee’s Riverwest neighborhood on Thursday afternoon.

Trammell was well known for standing on street corners with “Vote Trump” signs as well as signs plastered with Bible verses according to 1130 WISN.

The cops have yet to find the perpetrators, but they are investing political motives as he was well known for expressing his pro-Trump and Christian views. The local GOP has called for a federal investigation into the murder as the GOP Chairman Andrew Hitt said, “No American should fear for their personal safety because of where they live or their political affiliation.’

Steve Bannon: “In Biden You Don’t Have a Manchurian Candidate, You Have a Beijing Candidate”