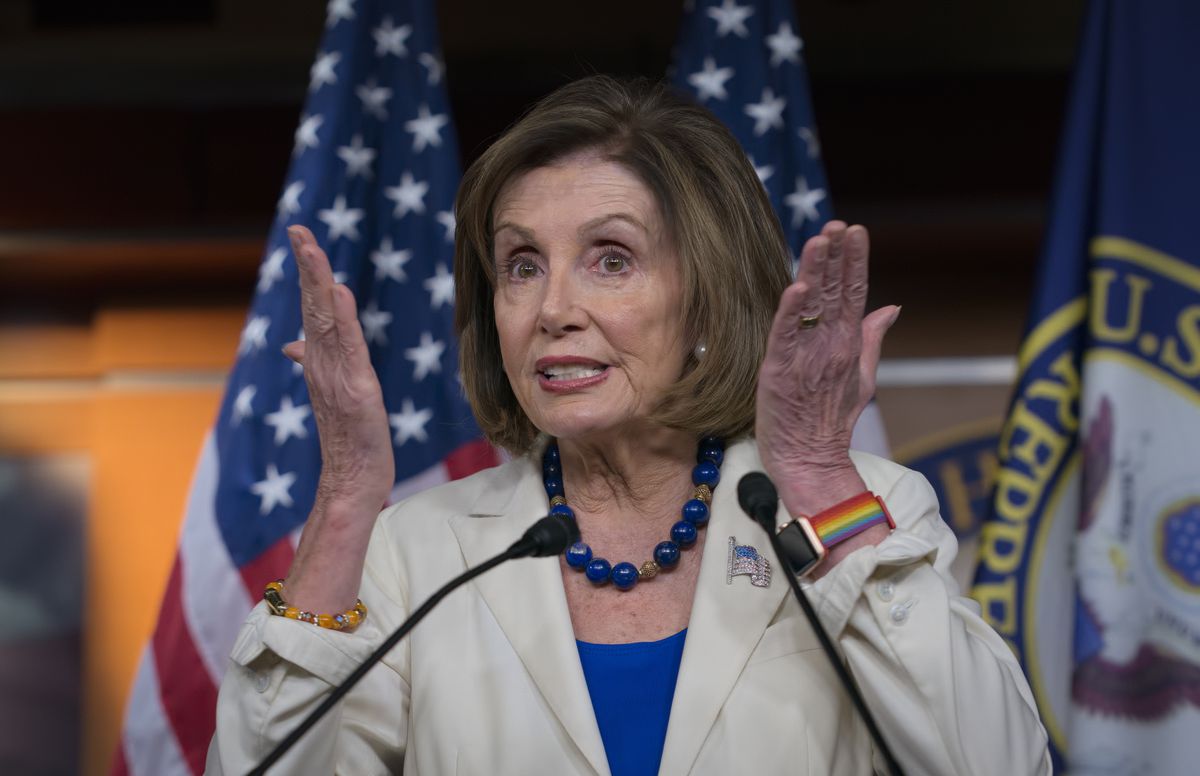 Democrats are panicking as Trump’s numbers rise in the polls and now Speaker of the House Nancy Pelosi is calling for Joe Biden to not debate Trump. Democrats clearly know that Biden isn’t going to perform well in the debates.

Pelosi said in a press conference, “Don’t tell Joe Biden. I don’t think there should be any debates … I wouldn’t legitimize a conversation with him, nor a debate in terms of the presidency of the United States.”

“I think he will also belittle what the debates are supposed to be about. And they’re not to be about skulduggery on the part of somebody who has no respect for the office he holds, much less the democratic process.”

“I don’t think that he should dignify that conversation with Donald Trump.”

Pelosi then recommended a ‘conversation’ with voters instead of debates saying, “Let that be a conversation with the American people, not an exercise in skulduggery.”

The democrats have already started to discredit the results of the election if Biden loses. There is a clear panic to create another Russian hoax, but 2020 style with the postal service.

Biden responded to Pelosi on MSNBC by saying, “”I’m gonna debate him … I’m gonna be a fact-checker on the floor while I’m debating him.”

Trump Calls For Drug Tests Prior To Biden Debates