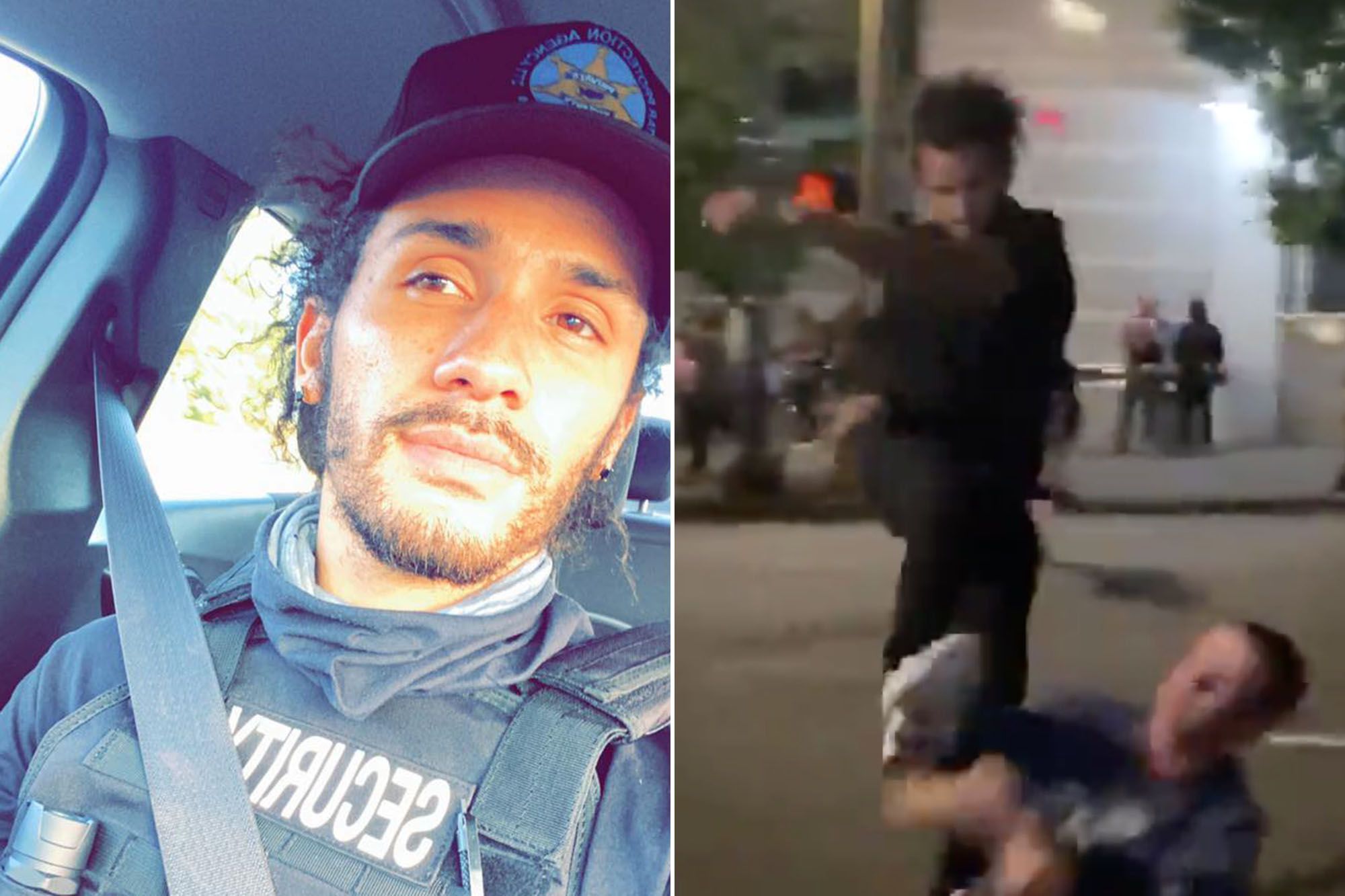 Portland police have finally arrested the 25-year-old black lives matter member that viciously attacked a truck driver. The driver was seen on video being violently beaten trying to help a couple of women being attacked by black lives matter.

Marquise is seen bullying Adam Haner, a white driver that was trying to help women being bullied by BLM. Haner was pulled from his truck and beaten unconscious by BLM protesters, then Marquise drop kicked Haner and knocked him unconscious as his head slammed onto the street.

Marquise Lee Love turned himself in and was booked in the Multnomah County Detention Center on Friday shortly after 8:30 a.m. local time, according to jail records. He was charged with assault, coercion and rioting, all three of which are felonies, records show.

He is charged with felony counts of assault, coercion and riots, with bail set at $250,000 on the top count of assault.

Related Topics:Adam HanerArrestblmMarquise Love
Up Next

“I’m Not Gonna Back Down”: Bannon Defiant After Arrest over Border Wall

Kasich: I’m A Conservative Republican And I Will Make The Case For Biden At The DNC