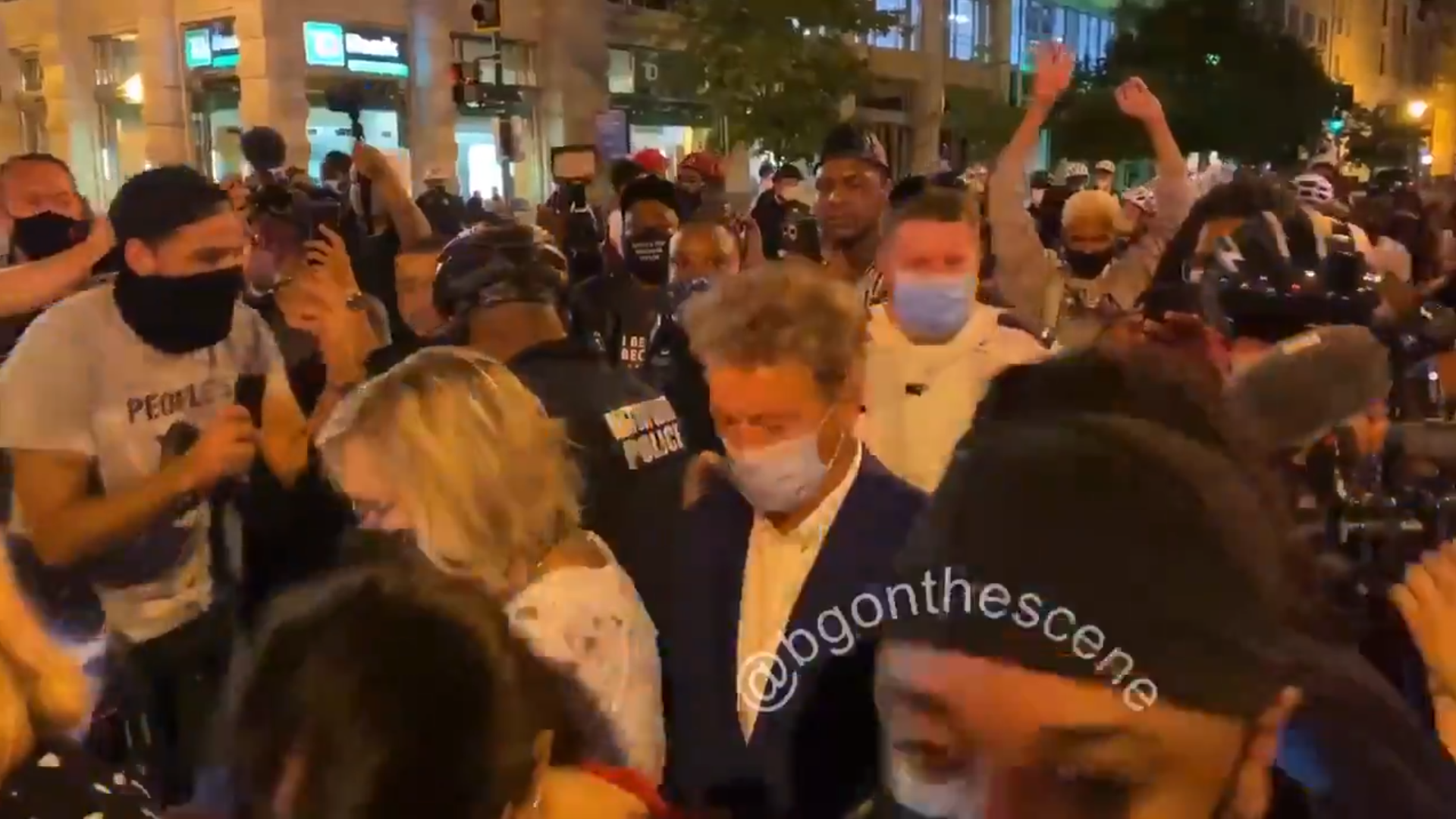 The final night of the Republican national convention was held at the White House and a huge BLM mob protested outside. You could hear their chants, blow horns, and other disturbances during the convention.

As delegates and other politicians were exciting the White House the mob descended upon multiple republicans harassing and even attempting to attack Kentucky senator Rand Paul.

There was a Hidden American’s live stream of the events that captured the moment the mob surrounded Senator Paul and even attacked him at one point. Thankfully their was a huge police presence that kept the senator safe.

Watch (The Rand Paul harassment starts at 3:40:00 in case it doesn’t automatically update the time):

Pelosi: “I Don’t Think There Should Be Any Debates”