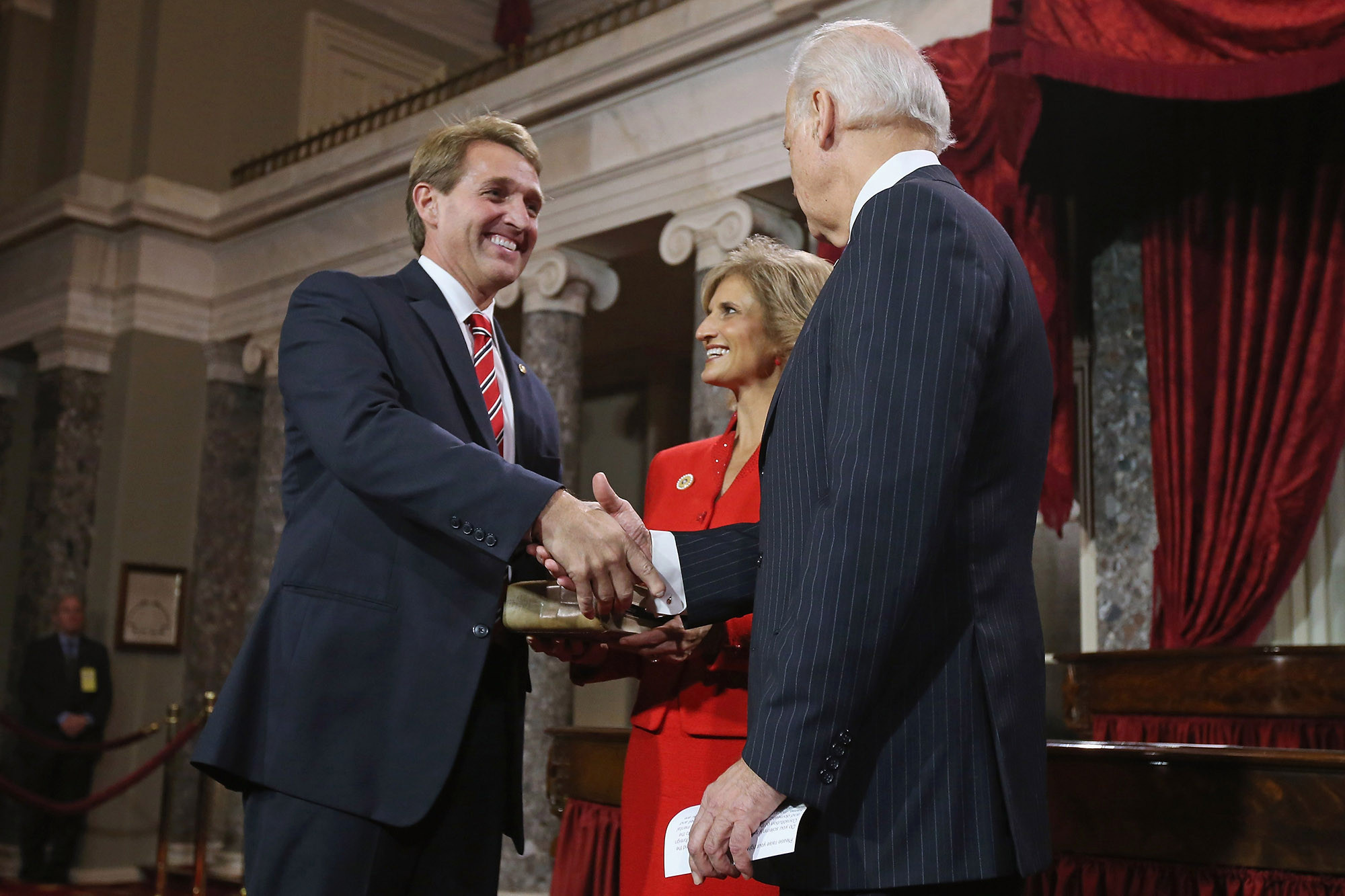 Former AZ Republican Senator Flake has a long history of anti-Trump activism and promoting a globalist liberal agenda. As senator Flake’s top priority was amnesty for illegal immigrants and starting more wars in the middle east.

“It is because of my conservatism, and because of my belief in the Constitution and the separation of power, and because I am gravely concerned about the conduct and behavior of our current president, that I stand here today, proudly and wholeheartedly, to endorse Joe Biden as the next president of the United States of America,” Flake said.

In his remarks, Flake said that there is a “sickness in the our system,” and “we’ve infected the whole country with it.”

“We’re all old enough to remember when we elected presidents who spoke to our highest ideals and aspirations of a nation, not to our deepest dystopian fears,” he said.

The failed republicans in name only have come out to reveal themselves loyal to the radical left agenda.

Pelosi: Republicans ‘Enemies of the state’