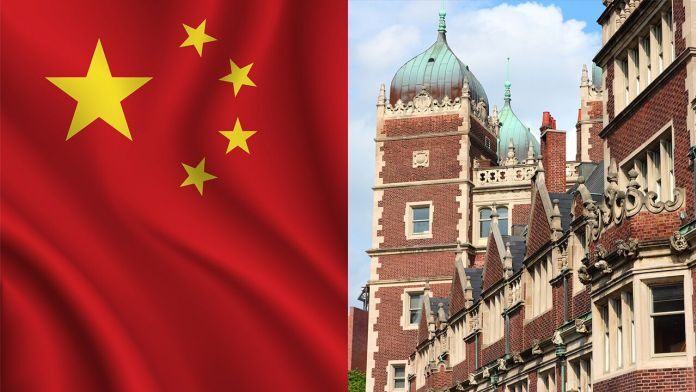 The Hong Kong shell company is owned by a Shanghai businessman with deep ties to Chinese government officials.

The donation came from Xu Xeuqing, who has no apparent connection to the University of Pennsylvania and was previously embroiled in a Shanghai public corruption scandal, raises questions about the true source of the money. Documents reviewed by the Washington Free Beacon show Xeuqing has close ties to the Chinese Communist Party.

The Chinese Communist Party has poured millions into American universities in recent years, in order to buy influence on campuses, the FBI has confirmed.

“Unequivocally they’re using the money they’re providing the universities to garner influence there,” said Ben Freeman, the director of the Foreign Influence Transparency Initiative at the Center for International Policy. “It’s not the sole motive, but it’s one of a variety of motives.”

Through talent recruitment programs like the Thousand Talents Program I mentioned just a few moments ago, China pays scientists at American universities to secretly bring our knowledge and innovation back to China—including valuable, federally funded research. To put it bluntly, this means American taxpayers are effectively footing the bill for China’s own technological development. China then leverages its ill-gotten gains to undercut U.S. research institutions and companies, blunting our nation’s advancement and costing American jobs. And we are seeing more and more of these cases.

Related Topics:
Up Next

The Coronavirus Cryptocurrency Craze: Who’s Behind The Bitcoin Buying Binge?