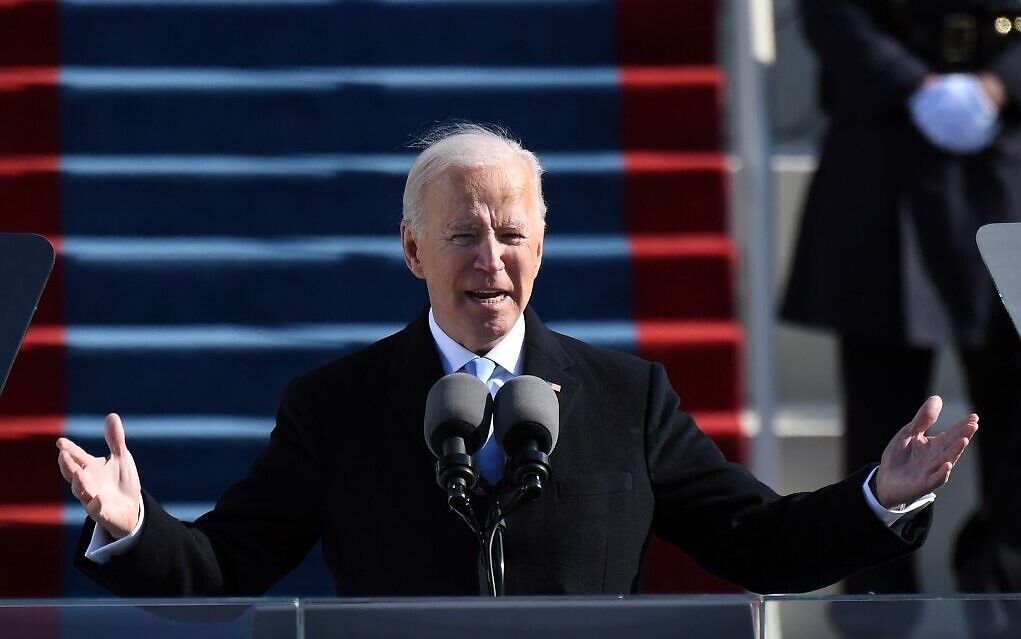 As president Trump gave his final presidential address on the morning of January 20th and took off on Airforce One to Florida, something felt off.

Joe Biden and Kamala Harris would shortly be inaugurated with barely any signs of an audience and approximately 30,000 National Guard troops turning Washington D.C. into a police state. The usual excitement and hope for the future with a new President was missing, that’s highly suspect for someone who supposedly garnered a record 81 million votes. Voter remorse and #regret would start in record time.

When roughly half of the country believes the 2020 election was fraudulent, nothing could have cemented that suspicion more than seeing Joe Biden’s inauguration having near zero supporters, but tens of thousands of troops.

Only two days into his presidency Biden now says, “there is nothing we can do to change the trajectory of the pandemic in next several months.”

The problem isn’t that people expect Covid to disappear the day Biden became President, but what American crises does Biden have a plan to solve?

President Biden signed his first executive orders following the Inauguration ceremony on Wednesday and he could be heard audibly saying, “I don’t know what I’m signing man.” Before he continues on signing Executive Orders…

Biden is acting like a puppet that will just say whatever is on the teleprompter and sign whatever they put in front of him.

Biden’s weakness is America’s weakness. You can already feel the world starting to crumble under his leadership.

On Sunday Taiwan’s defense ministry said that Chinese air force again encroached into Taiwan’s air defense zone on Sunday with 13 PLA aircraft. It’s no coincidence that on the eve of a new administration China is testing Biden to see if America will come to Taiwan’s aid.

If that wasn’t enough, 24 hours after Biden was sworn in a large U.S. military convoy was sent into northeastern Syria. Another boondoggle that does nothing to keep America safe, but get American’s bogged down into another endless regional and civil war over oil.

Defense Secretary Gates wrote about Biden in a 2014 memoir, “he has been wrong on nearly every major foreign policy and national security issue over the past four decades.”

At home Biden has signed Executive Orders that increase the price of insulin, that allow Boys in girl’s sports, and eliminated tens of thousands of jobs by stopping the Keystone pipeline.

Biden, said Trump’s vaccine rollout “has been a dismal failure,” says his goal is to administer 100 million doses in 100 days (or 1M per day). But in reality the USA was already vaccinating approximately 1 million per day under Trump.

America essentially has no one at the helm steering the ship. We have the deep state and special interest presidency with a zombie figure head there to stand up, speak, and sign things.

Trump garnered an astonishing 74 million votes, approximately 11 million more than he did in 2016. An incredible record and I can’t help but feel like something is off.

What We Know About Covid-19 and the Vaccine