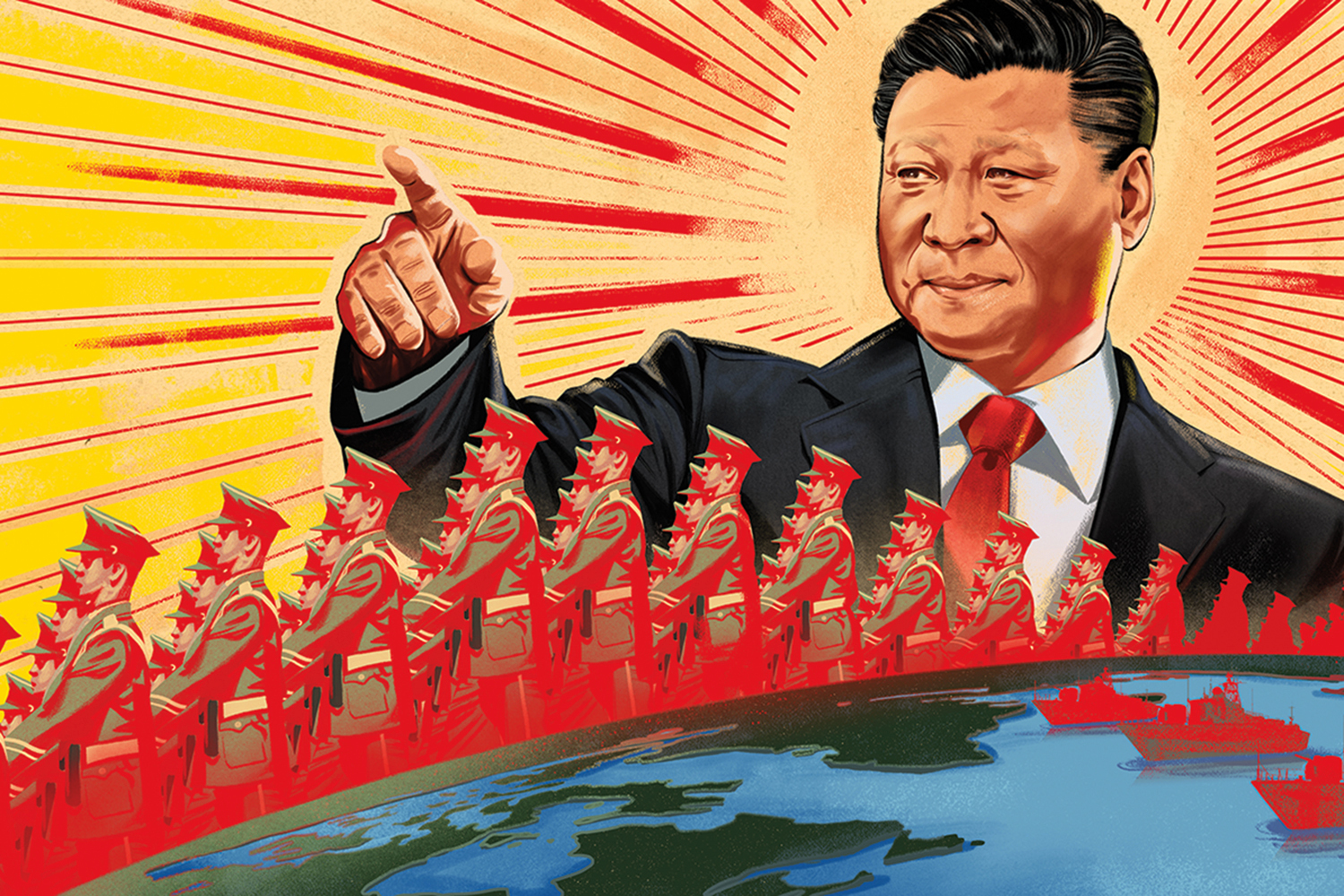 “No one is more hated than he who speaks the truth.”

In modern daily life there is a growing

Everywhere you look the American people are self censoring and walking on egg shells.

The left’s inability to discuss serious topics in depth without being triggered is increasingly tearing this country apart. The leftist/democrats today believe in ‘verbal violence’, they will literally call you violent for sharing an opposing idea. How are we suppose to have reasonable conversations with people that are not able to have a rational discussion?

The silencing and self-censorship of free thinkers from the hostile woke establishment apparatus has a very totalitarian vibe. It has created a lot of hostility between males and females between different ethnic groups. The complete willful ignorance of half of the cou

Wow! Thank you! I permanently wanted to write on my site something like that. Can I implement a fragment of your post to my blog?

Nice i really enjoyed reading your blogs. Keep on posting. Thanks

Thanks for sharing your thoughts about fun88. Regards

It’s hard to come by knowledgeable people for this subject, but you sound like you know what you’re talking about!
Thanks

I do not know if it’s just me or if perhaps everyone else
encountering issues with your blog. It looks like some of the written text on your
content are running off the screen. Can somebody else please comment and let
me know if this is happening to them too? This might be a problem with my
internet browser because I’ve had this happen previously.
Thanks

Hi! I’ve been reading your weblog for some time now and finally got the bravery to
go ahead and give you a shout out from New
Caney Tx! Just wanted to mention keep up the excellent
work!

I think this is one of the most significant info for me.
And i am glad reading your article. But want to remark on few general things, The site style is ideal, the articles is really excellent : D.
Good job, cheers

I blog frequently and I really thank you for your information.
The article has really peaked my interest. I’m going to take a
note of your website and keep checking for new information about once per week.
I subscribed to your RSS feed as well.

Can I just say what a relief to discover somebody that truly knows what
they are discussing on the net. You certainly understand how to bring an issue to light and make it important.
More people need to check this out and understand this side of the story.
I can’t believe you are not more popular because you most certainly possess the
gift.

Howdy, i read your blog occasionally and i own a similar one and i
was just curious if you get a lot of spam feedback?
If so how do you protect against it, any plugin or anything you can advise?
I get so much lately it’s driving me mad so any
assistance is very much appreciated.

Link exchange is nothing else except it is simply placing the other person’s
webpage link on your page at appropriate place and other person will also do same for you.

It’s amazing in favor of me to have a website, which
is valuable for my experience. thanks admin

0
will big be in the sex and the city reboot

Whoa! This blog looks just like my old one! It’s on a entirely different
subject but it has pretty much the same page layout and design. Great choice of colors!

Wonderful blog! I found it while surfing around on Yahoo News.
Do you have any suggestions on how to get listed in Yahoo News?
I’ve been trying for a while but I never seem to get there!

Hi! I understand this is kind of off-topic but I needed to ask.
Does building a well-established website such as yours require
a large amount of work? I’m completely new to running a blog however
I do write in my journal every day. I’d like to start a blog
so I can share my experience and feelings online.
Please let me know if you have any suggestions or tips for brand new aspiring blog owners.
Appreciate it!

What’s up to every single one, it’s genuinely a fastidious
for me to visit this site, it includes helpful Information.

Just wish to say your article is as surprising. The clarity
for your submit is just cool and i can suppose you’re knowledgeable in this subject.
Well along with your permission allow me to clutch your feed to stay up to date with forthcoming post.

Excellent post. I used to be checking constantly this weblog and I’m impressed!
Extremely helpful information specifically the final part 🙂 I
maintain such info a lot. I used to be seeking this certain information for a long time.
Thank you and best of luck.

I really like what you guys tend to be up too.
This kind of clever work and exposure! Keep up the very
good works guys I’ve added you guys to my
blogroll.

Hello! I know this is kind of off topic but I was wondering which blog platform are you using for this site?
I’m getting sick and tired of WordPress because I’ve had problems with hackers and I’m looking
at alternatives for another platform. I would be fantastic if you could point me in the direction of a good platform.

Good day! I could have sworn I’ve been to this blog
before but after reading through some of the post I realized it’s new to me.
Anyhow, I’m definitely happy I found it and I’ll be bookmarking and checking back often!

You could definitely see your expertise within the article you write.

The world hopes for even more passionate writers such as you who are
not afraid to say how they believe. At all times follow your heart.

Nice post. I learn something new and challenging on websites
I stumbleupon on a daily basis. It’s always exciting to read content from other
authors and use a little something from their web sites.

With havin so much content and articles do you ever run into any issues of plagorism or copyright infringement?
My blog has a lot of exclusive content I’ve either authored myself or
outsourced but it seems a lot of it is popping it up all over
the internet without my authorization. Do you know any methods to help prevent content from being ripped
off? I’d genuinely appreciate it.

You can definitely see your skills in the work you write.

The arena hopes for more passionate writers such as you who are not afraid to say how they
believe. All the time follow your heart.

We are a gaggle of volunteers and opening a brand new scheme in our community.

Your web site offered us with helpful information to
work on. You have done an impressive task and our whole community can be grateful
to you.

I was suggested this blog by my cousin. I am no longer positive whether this publish is written via him as
nobody else recognise such designated about my trouble. You’re
amazing! Thanks!

Its not my first time to go to see this web page, i am browsing this web site dailly and get nice data from
here everyday.

Thank you, I have just been looking for information about this topic for a while and yours is the greatest I have came upon so far.

However, what about the conclusion? Are you positive in regards
to the source?

That is a very good tip especially to those new to the blogosphere.
Simple but very precise info… Many thanks for sharing this one.
A must read article!

Please let me know if you’re looking for a writer for your site.

You have some really great posts and I think I would
be a good asset. If you ever want to take some of the load off,
I’d absolutely love to write some articles for
your blog in exchange for a link back to mine. Please send me an e-mail if interested.
Thanks!

Greate post. Keep writing such kind of info on your blog.
Im really impressed by your blog.
Hello there, You’ve done an excellent job.
I will certainly digg it and individually recommend to my friends.
I am sure they will be benefited from this site.

I read this paragraph completely concerning the resemblance of hottest and preceding technologies,
it’s remarkable article.

This article will assist the internet viewers for creating new website or even a blog from start
to end.

Do you mind if I quote a couple of your posts as long as I provide credit
and sources back to your webpage? My blog
site is in the very same area of interest as yours and my
users would truly benefit from some of the information you
provide here. Please let me know if this ok with you. Thank you!

I have read several good stuff here. Definitely worth bookmarking for
revisiting. I surprise how a lot attempt you place to create one of these fantastic informative web site.

I was very pleased to uncover this great site. I need to to thank you for ones time due to
this fantastic read!! I definitely liked every bit of it and
i also have you book-marked to see new information in your site.

Very interesting information!Perfect just what I was looking for!

What i don’t realize is in fact how you’re now not really
much more smartly-preferred than you may be now.
You’re so intelligent. You understand therefore significantly in relation to this matter, produced me personally imagine it from
so many various angles. Its like women and men are not involved
except it is one thing to do with Lady gaga! Your personal stuffs excellent.
Always handle it up!

Hi there, its good piece of writing regarding media
print, we all be familiar with media is a great source of
facts.

Excellent blog you have here.. It’s hard to find quality writing like yours these
days. I really appreciate people like you! Take care!!

There’s certainly a great deal to know about this subject.
I love all of the points you have made.

What’s up, yes this article is genuinely good and I
have learned lot of things from it on the topic of blogging.
thanks.

A person necessarily assist to make critically posts I’d state.
That is the first time I frequented your web page and so far?
I surprised with the research you made to create this particular publish extraordinary.
Magnificent activity!

Awesome! Its genuinely awesome paragraph, I have got
much clear idea concerning from this piece of writing.

I’ve been surfing online more than 2 hours today, yet
I never found any interesting article like yours. It’s
pretty worth enough for me. Personally, if all site owners
and bloggers made good content as you did, the web will be a lot
more useful than ever before.

Hello, I enjoy reading all of your article. I wanted to write a little comment to support you.

whoah this weblog is great i like reading your articles. Keep up
the good work! You understand, many individuals are searching around for this information,
you could aid them greatly.

Hello, just wanted to say, I enjoyed this post. It was practical.
Keep on posting!