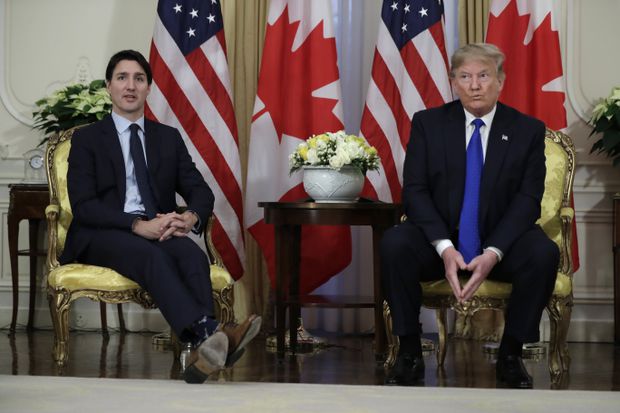 “What are you at? What is your number?” Trump pointedly asked, referring to how much Canada spends on NATO defense as a percentage of it’s GDP.

All NATO allies are suppose to spend 2% of their gross GDP on defense, but Canada has not met their obligation.

Prime Minister Trudeau replied, “The number we talk about is 70 per cent increase over these past few years.”

Trump continued to push Tradeau on the spending, but Tradeau demurred.

Later in the day Trudeau was caught on camera talking crap about Trump to French President Macron and UK Prime Minister Johnson.

“He was late because he takes a 40 minute press conference off the top.”

“You just watched his team’s jaw drop to the floor.”