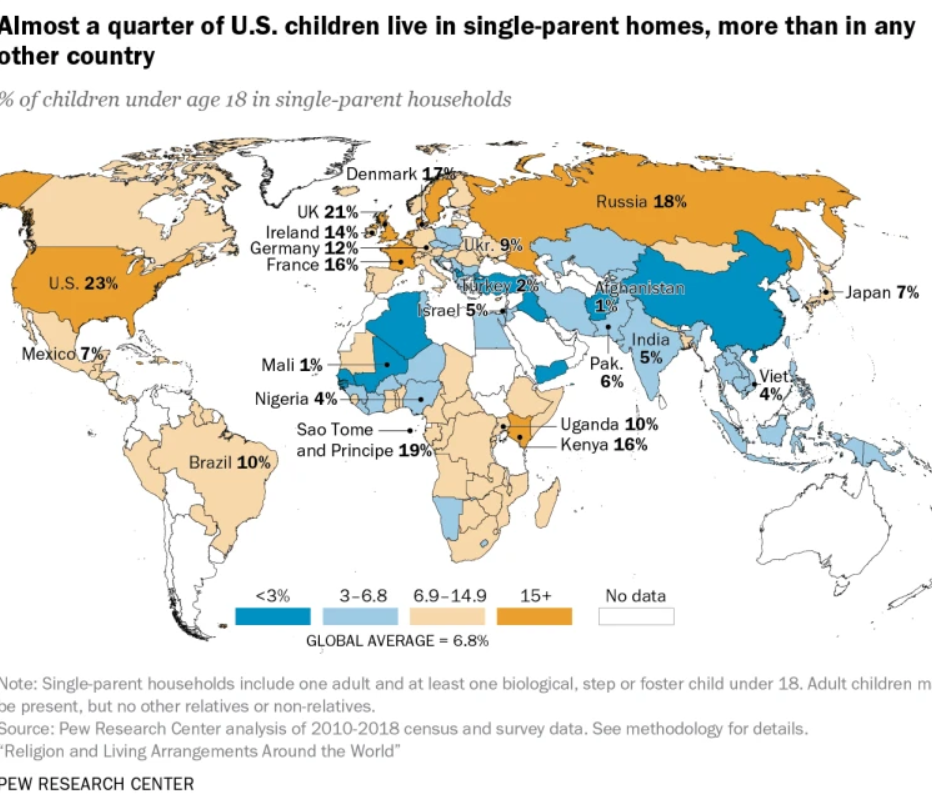 The United States tops the world when it comes to raising children in single parent households.

While there’s been great economic growth the US has an epidemic with parents not staying together and raising their kids. While many kids are born out of wedlock over 70% of divorces in America are initiated by the wife.

For decades, the share of U.S. children living with a single parent has been rising, accompanied by a decline in marriage rates and a rise in births outside of marriage. A new Pew Research Center study of 130 countries and territories shows that the U.S. has the world’s highest rate of children living in single-parent households.

Almost a quarter of U.S. children under the age of 18 live with one parent and no other adults (23%), more than three times the share of children around the world who do so (7%). The study, which analyzed how people’s living arrangements differ by religion, also found that U.S. children from Christian and religiously unaffiliated families are about equally likely to live in this type of arrangement.

Thunberg Apologizes After Call To Put Politicians ‘Against The Wall’