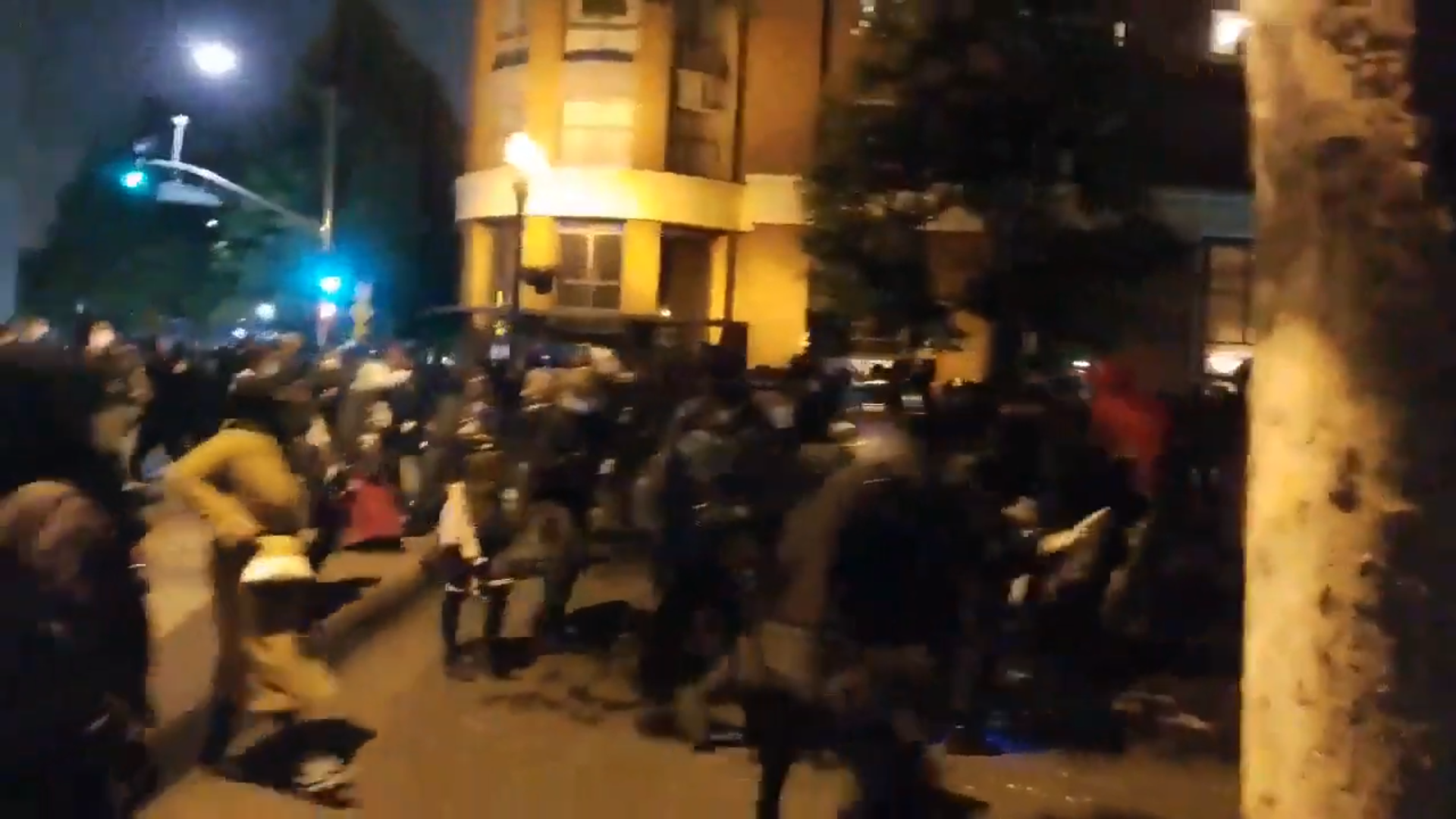 “On Wednesday night, around 700 black bloc militants and their supporters rampaged through Oakland, Cal. They chanted ‘death to America’ while starting fires and smashing cars and buildings,” Ngô wrote in the post.

What has become clear as day is that a significant amount of American’s no longer believe in traditional American values like tolerance, freedom, and integrity.

Related Topics:Death To AmericaOakland
Up Next

Trump Refuses to disavow Rittenhouse, ‘They Very Violently Attacked Him,’ And ‘He Would Have Been Killed’