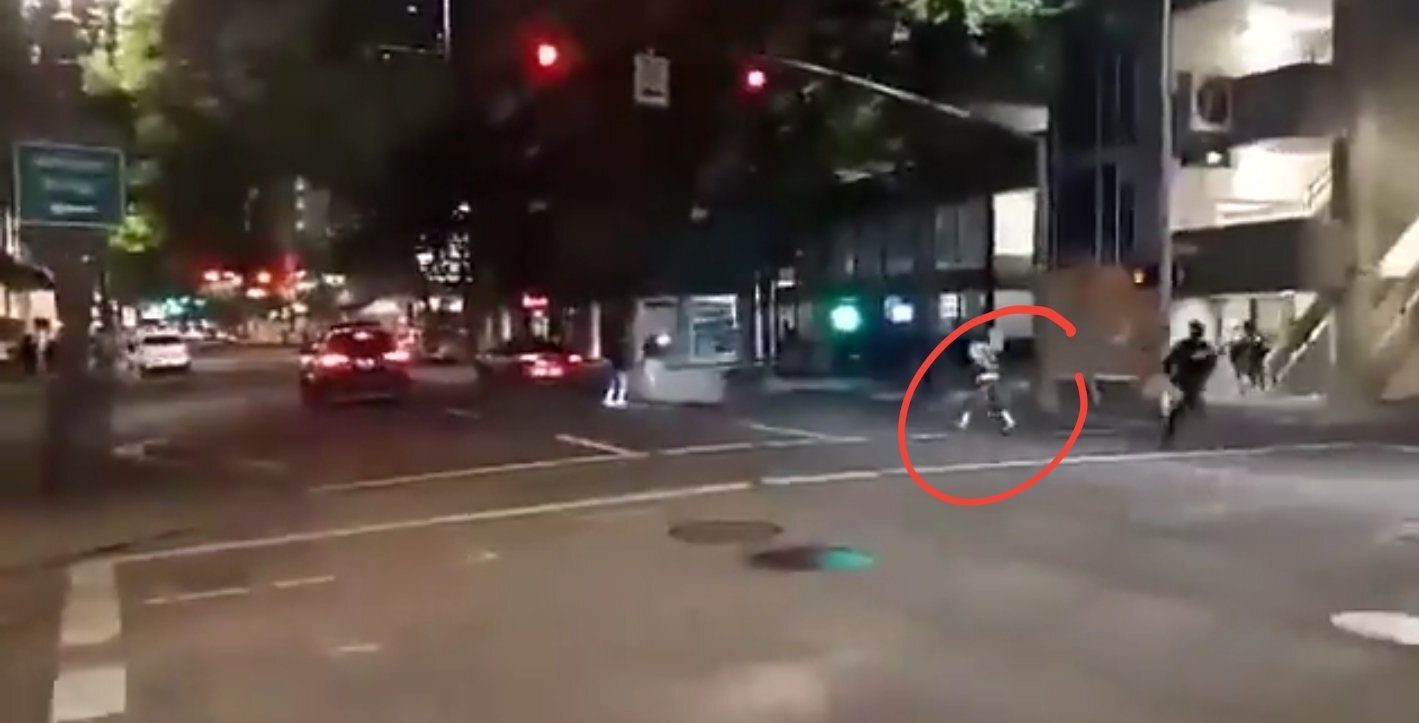 Tonight in downtown Portland Oregon a Trump supporter was shot twice in the chest before dying. The video below shows the shooting and if you listen carefully you can here them say “we got one right here, we got a trumper right here” then someone ask, “right here?” Then you can see and hear the two shots go off.

A Trump supporter who participated in the Portland caravan rally was shot & killed in downtown Portland. Antifa & BLM extremists physically blocked them on the road & threw projectiles. After the man’s death was known, antifa celebrated & danced.

First they harassed Rand Paul and his wife, if the police were not there they would have been beaten in the street, now they hunted and shot a Trump supporter.. BLM and Antifa are active terrorist organizations. This is a disgrace and this ends immediately.

Keep your guns, the antifa crowd was literally laughing and cheering about the murder.