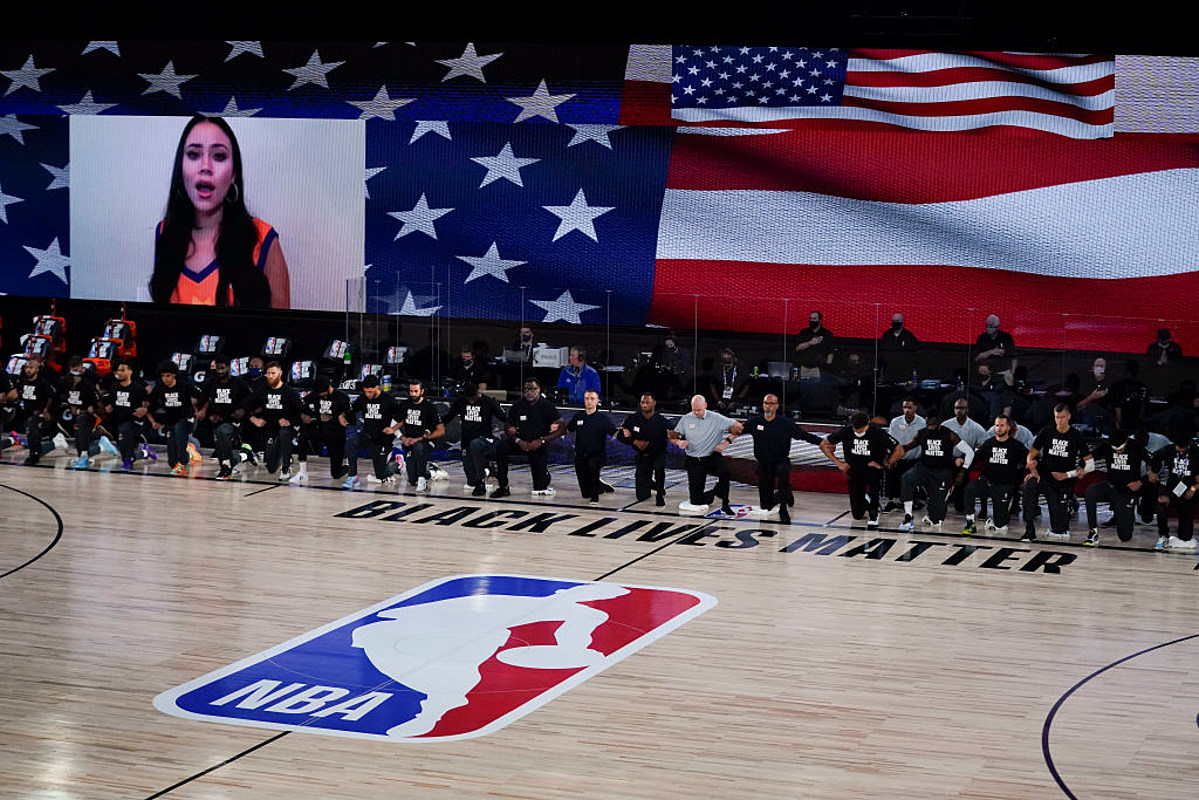 Corporate sports, Hollywood, and even Netflix are all seeing massive collapses in their ratings and viewership. The naturally occurring shift from corporate TV and movies to online media is rapidly being accelerated by corporate medias sole focus on social justice and degeneracy instead of creativity and fulfilling content.

The NFL season kicked off on Thursday with the black national anthem and SJW opening ceremony. The primetime matchup between the Kansas City Chiefs and the Houston Texans snared 19.3 million viewers on NBC. That’s a ratings decline of 12.3% from the Green Bay Packers-Chicago Bears opening game of the 2019-2020 season on September 5, 2019.

The NBA ratings for the first round of playoffs were down 27 percent from the prior season, according to reported Nielsen ratings, and down 40 percent from two years ago. The NBA has ‘Black Lives Matter’ on the court, the players wear blm shirts, and instead of names the players are wearing SJW slogans on the back of their jerseys.

Preview in new tab(opens in a new tab)

The Oscars are also going woke as part of its Academy Aperture 2025 initiative, the organization announced new representation and inclusion standards for Oscars eligibility to win Best Picture eligibility. According to a news release, the standards “are designed to encourage equitable representation on and off screen in order to better reflect the diversity of the movie-going audience.”

Netflix has released “Cuties” a movie about 11 year old young girls that not only includes many close-up shots of their crotches and butts, but includes young girls with pornography and discussions of sexual acts and includes a child photographing genitalia. In spite of the general outrage and #CancelNetflix campaign, Netflix has defended the film, lawmakers have asked the DOJ to investigate.

Corporate media is putting degeneracy and social justice messaging ahead of their content and audiences are in turn rapidly shifting their viewing habits to content that aligns with their values.